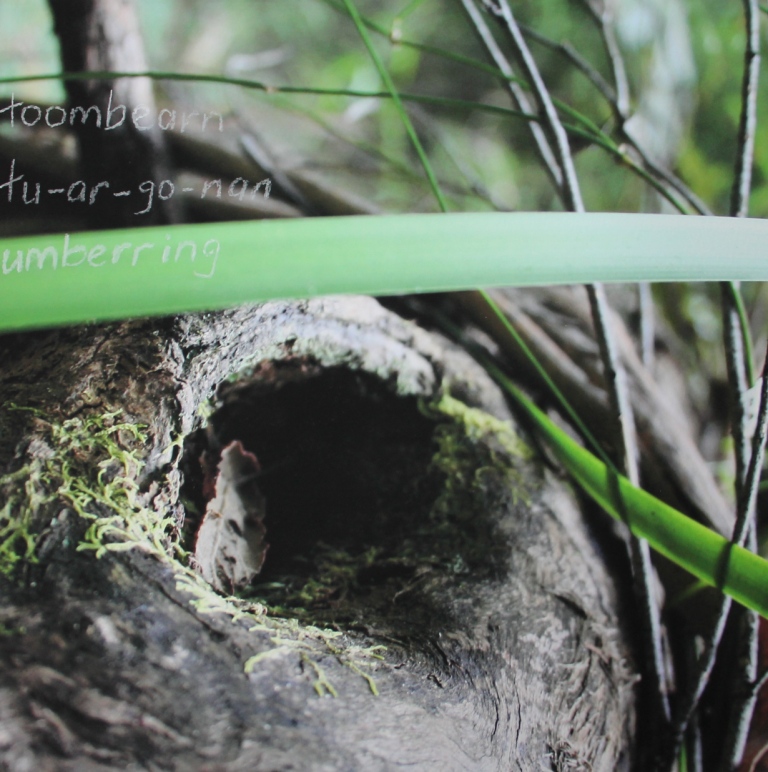 A beautiful exhibition of photographic works on paper with various Aboriginal languages reflecting on one of the last original environments on the Mornington Peninsula, Endeavour Fern Gully, managed by the National Trust (Victoria).

As part of the 2017 NAIDOC theme ‘Our Languages Matter’.

Baluk Arts’ Gumbadik (Soft Tree Fern) project connected local Aboriginal people of
diverse heritage to one of the few original natural environments of the Mornington
Peninsula. Endeavour Fern Gully in Red Hill which is managed by the National Trust
of Australia (Victoria), holds a rich history and cultural significance which captured
the imagination of this important collective of Indigenous artists.

The artists of Baluk Arts explored photography and reclaiming their various Indigenous
languages including Wathawurrung (Vic), Alyawarr (NT), Kirrae Wurrung (Vic), Yorta
Yorta (Vic), Gudang (Qld), and Palawa (Tas). The resulting group of exquisite works
express their innate connection to country and celebrate the diversity of Aboriginal
people in the Mornington Peninsula. Artists also used English when finding language
was difficult or could better describe their experience. The local Boonwurrung word
Gumbadik was chosen by the artists to respect the traditional owners of the country
they were connecting to and describe the natural features of this special place.
Gumbadik has many variations of spelling (Gumbada, Gumbadeek, etc) and is a
word that carries across many of the Kulin languages of the Melbourne area.

The Gumbadik project nurtures the understanding of experiences of people in times
past, to make sense of the present, inform the future and build stronger appreciation
of Aboriginal people and culture today.